This study aims to analyze the effect of widyaiswara competence, education and training management, quality of training participants, and infrastructure on the effectiveness of education and training implementation at Banjarmasin Religious Training Center. The population in this
study is widyaiswara and employees who work at Banjarmasin Religious Training Center and
alumni of education and training. Given the small population of 40 respondents, the sample taking uses the census method of the entire population to be sampled. Analysis of the results in this study using qualitative and quantitative methods, by testing the validity and reliability of research instruments. Meanwhile, to test the hypothesis using the classic assumption test, F test, t test, partial correlation coefficient test and multiple regression. The analysis results are obtained: F test results show the value of Fcount> Ftable and significant value of 0,000 <0.05 at a level of confidence a = 0.05, meaning that the independent variables X1, X2, X3, and X4 simultaneously influence the dependent variable Y. Test Results t indicates the value of t for each independent variable more than the value of t table means that each independent variable has a partial effect on the dependent variable. From the partial correlation coefficient, the motivation variable has the highest correlation coefficient, which is 0.359, which means that infrastructure is the variable that has the most dominant influence on the performance variable (Y). 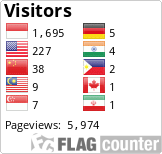